And thank God that’s over. To be honest, I’ve never seen anything like it. Sure, we’ve lost series in the last 20 years. There was the ‘final frontier’ in India. The monsoonal dramas in Sri Lanka. The odd loss in competitive series against South Africa. Ashes after Ashes after Ashes. But I always consoled myself with a thought that it was a session here and there, horrendous scheduling or just plain bad luck.

India 2013 was different. Australia were trounced from day one to day sixteen. This time it was us who were on the end of a few winning moments, small consolations in the midst of four consecutive beatings.

10 Ashes Tests coming up, and the only real positive Australia can take going in is that England seem to have just been done over by New Zealand. Finally a smile!

I guess it could be worse (ie. losing to New Zealand)

But within the sub-continental excuses, from homework-gate to dodgy pitches, there’s a possibility the Australian cricket public’s mindset is going to have to change. It’s been so good for so long, it’s a little bit radical but now is the time to start shifting our mindset – Australia might just be not as good as we once were.

With the Ashes in mind, whose stocks have risen (or at least stayed steady)? Who’s on Struggle St?

Our go-to spinner leading into the tour, Lyon had every reason to throw the toys out of the cot after being mismanaged following Dhoni’s demolition in Chennai. Forgotten was a ripper to get rid of Tendulkar, or 18 Tests of toil in often unforgiving conditions. As we’ve seen so often in our recent past, a quick fix was called upon, Maxwell and Doherty were proven to be inadequate, and sanity prevailed. Lyon’s haul of 9 wickets in Delhi showed so much, a great area from around the wicket, continued pressure, and pace off the deck. Surely trapping Tendulkar in front 17 times in one Test means something!

Lyon’s tour: pitching off, hitting middle – not out

A comparison, however unfair. Shane Warne played 9 Tests in India, had a best of 6/126 and averaged 43. Nathan Lyon took 7/94 in Delhi and averaged 37 runs a wicket from his 3 Tests. He might not take 700 Test wickets, but the guy has game.

What he is – Gritty. Determined. Intelligent. 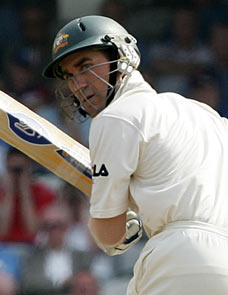 When you’re a poor-man’s version of someone known as ‘the brown nosed gnome’, you’re always only a couple of low scores from the chop

In five of eight innings in India Cowan scored between 24 and 44. On top of that he scored 86 in Mohali. With underperforming batsmen all around him, is it fair to point the finger at our highest scorer (sans Clarke)? No. But with one hundred from 30 Test knocks, this was Cowan’s chance to cement a spot for the medium-term. With Watson gunning for his spot, a few failures in England and the knives will be out.

First and foremost, Mickey Arthur oversaw a playing squad that just got drubbed. Plans didn’t work, selections were dreadful and hasty reactions only made things worse. Then there’s the homework stuff. I agree with sanctions when professional athletes misbehave, but what happened in Mohali devalued Australia’s Test cap.

Mickey Arthur: nothing to smile about

Then there’s the management of Watson’s rise as captain, Lyon’s demotion and stuff like Maxwell opening the batting. The coach has to be there to kill ridiculous ideas like that one. Otherwise what’s he there for? The main thing from me is how can players now have a working, professional relationship with Arthur? He’s gone old-school, and the Australian cricket team is distinctly new-school. Get rid of him.

There’s plenty more posts to get some more out of what’s happened in India. DRS should be used in absolutely every game ever. James Pattinson could win us back the urn. Phil Hughes averaged under 20 and left the sub-continent with a spot in the first Test team. What of Wade, Siddle, Maxwell? And who is our long-term VC?

Chris Rogers? And where the f**k is Steve Smith? »
« Sorry? Shikhar who?