There’s something about Robbie (or is there?)

Whatever you think of him, Jason Taylor has some serious cahunas. This Sunday, Taylor’s 11th placed Tigers take on the 10th placed Dragons. It’s a biggie. Tigers win, they can chase a spot in the finals. Lose and plan for Vegas. 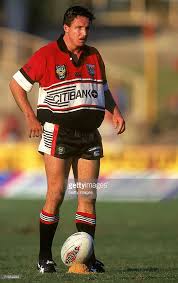 Big deal? Maybe. But the kicker comes from JT boning his sparring partner Robbie Farah, the 247-game Wests Tigers stalwart (legend…na) who Taylor has fought since turning up at Concord/Leichhardt/Ashfield/Campbelltown/Homebush.

SMH journo Andrew Webster came out and criticised the move, reasoning that because Farah has played a lot of games, and is nearing a milestone at his favourite ground, he deserves to be picked (noting he’s also the NSW Origin hooker).

Nostalgia? Loser rubbish. Carrying a player the coach believes to be outside of the best option to win a crucial match is a fundamental error.

The most interesting thing for me is JT’s timing. Politically, the smart play may have been to keep Farah going while finals chances remained, and, if/when extinguished, throw him under the grandstand. Respected his standing within the club and wanted to give him a final chance. Understood how important his legacy was and the loyalty we’re trying to create. Gave him a fair go but it’s now time to move in another direction.

It’s more than him-or-me. Taylor has backed his instinct that his team is better off without Farah, and if they lose this Sunday, the what ifs will likely make the coach’s position untenable.

Whoever thought this was a personality play is wrong. This is the Tigers’ most important match since Taylor took charge. He needs his best team there, and in his mind, Farah isn’t in it.

And while I’m not a huge fan of Farah, or other left-footed whingey hookers running around, the numbers thrown around supporting the ‘Farah stifles the attack’ theory aren’t great. 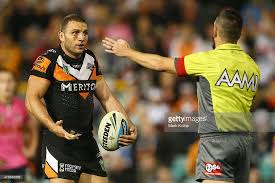 If you Google Robbie Farah ref, you’ll get the picture

In matches Farah didn’t play last year, the Brooks led attack was 1-5 (albeit mostly against top 8 teams). 7/17 with Farah wasn’t exactly ground-breaking either. This year it’s 3 from 9 with the lot, and 3 wins and 4 losses when Brooks has played without Farah.

That’s the crux of it. Rather than Brooks the superstar being stifled by Robbie taking three steps before passing, the Tigers, with or without Farah, are an ordinary side.

Melbourne Cup 2016: Finally the stars align »
« Good from Gaylegate? Let’s do something about it