I have a saying that good things happen to good people. My performance on the punt last Saturday made me question this; either the theory is wrong or I need some self-improvement.

As my old mentor used to say after a bad day on the ponies “Money lost, nothing lost. Confidence lost, everything lost.” It’s deep.

It’s with that in mind that I am throwing the form book out the window today (at least until I get my seat at the track at 8.30) and going with…tips and fortune. And I’ve landed on – drumroll – Big Orange.

Please note it’s actually a racehorse, and not a fruit. That would be utterly ridiculous.

Anyway, there’s this guy right, his name’s John Sargent. He trains horses, including the horse I have a little (very little) share in. He sends a voice message every week,updating us on its brilliance, her awesome temperament, and that yes, shares are still available!

In last week’s memo he mentioned that he tried to buy Big Orange before last year’s Cup (it finished 5th), that it should be better than that this year and that he thinks it will win. 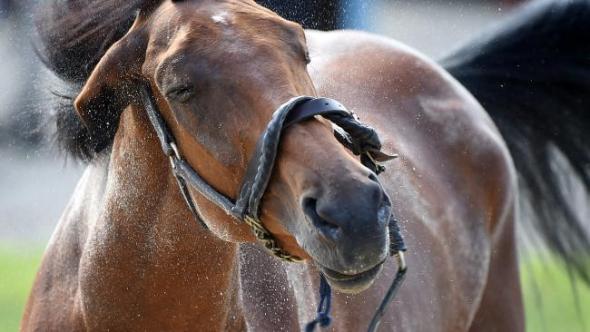 A racehorse. Potentially The Big confirming not a fruit, but a horse

Sooooo, I’m keen. He has previously tipped me a horse and I went hard. It did nothing. Nevertheless.

Last night our Cup group went to a local and took part in a Calcutta. It’s a half raffle, half auction, hard to explain, Google will do better than me. We drew a horse in the raffle – you guessed it – Big Orange.

There were 815 tickets in that mini garbage bin, and Steve’s name got called on the same horse that big Sarge tipped? It’s happening. That’s TWO things! Eerie…

So we’re done. Big Orange by 4 and a half lengths, me likely on TV mistaken by cameramen as an excited owner, heavy losses at the Casino giving most of it back, and a standard blog tomorrow on how unlucky I was.

Will this be Australia’s humbling experience? »
« There’s something about Robbie (or is there?)